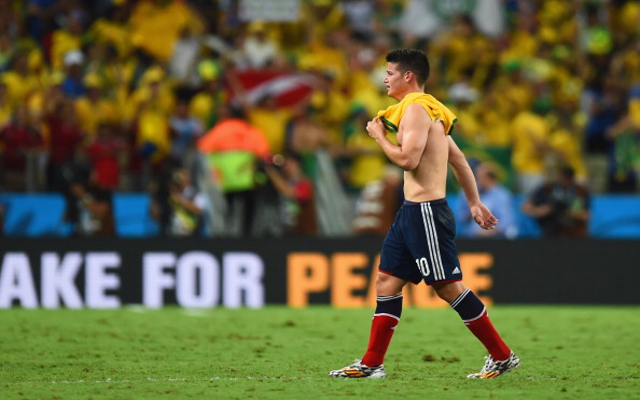 Jose Pekerman has named a strong Cafeteros squad for the continental showpiece, which begins in the United States on June 3.

The Colombians, who were disappointing in last year’s tournament, and were defeated on penalties by Argentina in the quarter-finals, having been pooled in a testing opening group alongside the USA, Costa Rica and Paraguay.

However, the squad unveiled by Pekerman will prompt hope that the South American heavyweights could be in for a promising campaign this summer.

David Ospina of Arsenal will likely start between the sticks, while the likes of Jeison Murilla of Inter Milan and AC Milan veteran Cristian Zapata will hold the fort in front of him.

James is the stand-out name in a talented collection of midfielders, while Juan Cuadrado will offer width and pace while hardman Carlos Sanchez will be keen to put his disappointing season with Aston Villa behind him.

In attack, Carlos Bacca of Milan is the stand-out name, although there’s no place for the likes of Adrian Ramos, Victor Ibarbo or Abel Aguilar.

Journalist states that Everton ace must apologize if he wants a call up to the Colombia national team Jul 24 2021, 8:07
Everton FC