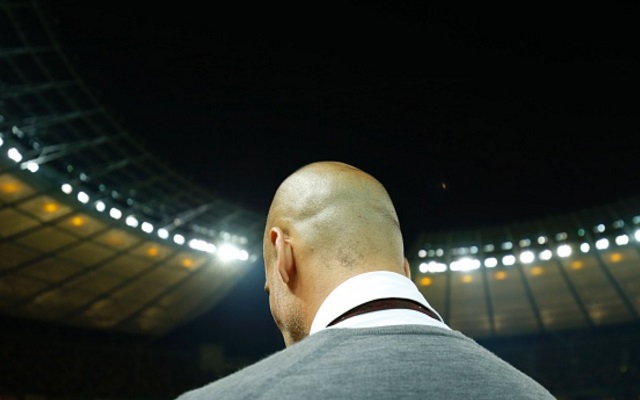 There were emotional scenes at the German Cup final today, as Pep Guardiola bade farewell to Bayern Munich.

The Spanish coach confirmed that he will move to Manchester City at the season’s end to replace Manuel Pellegrini on transfer deadline day at the end of the January window.

He signed off as Bavarians boss on Saturday, after helping the Bundesliga giants to a 4-3 penalty victory over Borussia Dortmund in the German Cup final. While Guardiola may have failed to achieve his ultimate aim at the club—winning the Champions League—he enjoyed great success with Bayern, winning three Bundesliga titles, two German Cups, the Uefa Super and the Fifa Club World Cup.

There was no shortage of affection between the outgoing manager and his players, with the ex-Barcelona coach being lifted aloft by Bayern’s triumphant stars at the conclusion of the match.

The emotion of saying goodbye to his time at the club was clearly too much for Guardiola, who broke down in tears as he enjoyed the post-match celebrations.