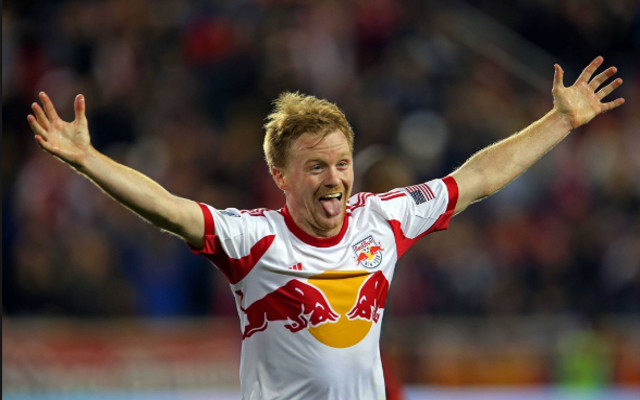 After one of the biggest buildups to a regular season MLS match in recent memory, the two sides got things started with just as much intensity as was advertised, and the Red Bulls captain Dax McCarty was more than happy to give the Red Bulls an early edge over bitter-rival NYC FC after he headed a corner off a Sacha Kljestan kick for the 1-0 lead.

“It had to be Dax McCarty.” One of the most undersized – and underrated – players in MLS got the New York Red Bulls off to a fast start as the 5’8″ midfielder hit a rare header past 6’4″ NYC FC goalkeeper Josh Saunders to give the Red Bulls a 1-0 lead after just four minutes.

Things got dicey for NYC FC in the middle of the first half as Andrea Pirlo went down with a knee injury, but Frank Lampard barely got warmed up before the Italian legend went back onto the Yankee Stadium pitch.

The Red Bulls have taken all nine points from the three previous games in this rivalry. 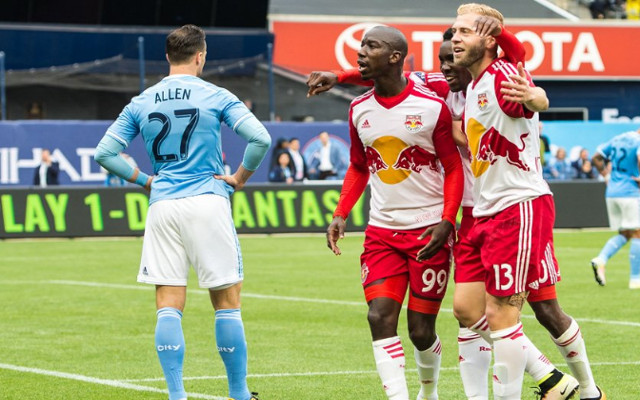