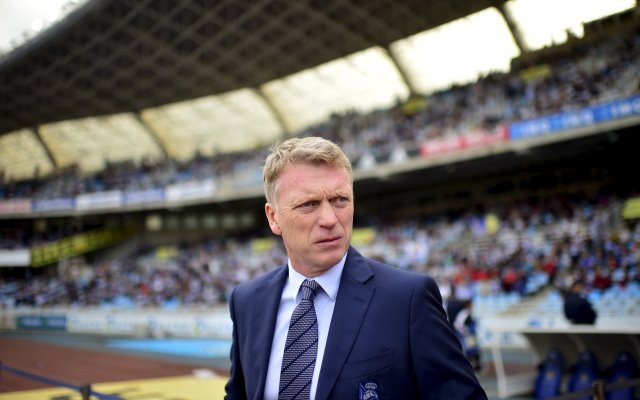 Aston Villa have reportedly met with David Moyes with a view of appointing him their new manager ahead of next season.

The former Everton and Manchester United boss has been out of work since being sacked by Real Sociedad last November, but is believed to be ready for a return to management.

While his preference would arguably be to immediately return to the Premier League, incoming Villa executive chairman Christopher Samuelson met with him last week to discuss a deal, according to The Sun.

It is added that no agreement is in place as of yet, with Villa also approaching both Nigel Pearson and Roberto Di Matteo about the job.

The Italian was considered the first choice for new owner Tony Xia, but it remains to be seen whether or not he lands the role with Moyes seemingly now also in a strong position to become part of the recently relegated club’s ambitious plans for the future.

Villa will feature in the Championship next season after a dismal campaign in the Premier League saw them finish bottom of the table with just three wins from their 38 games.

In turn, while the arrival of new ownership and new financial power will help, there is a significant job to do at Villa Park over the summer to get them into a position where supporters can be confident of making an immediate return to the top flight.

Moyes encountered troubled times at United, but his impressive work at both Preston North End and Everton will see him considered as the right man for the Villa job in terms of adding stability at the club and get them moving in the right direction.