It does seem as though there could be a long-term future for Theo at Arsenal.

And by Theo, we of course mean Theo Pires, the son of Arsenal Invincible Robert!

Pires senior confirmed on Instagram that his seven-year-old boy has joined the Gunners academy. 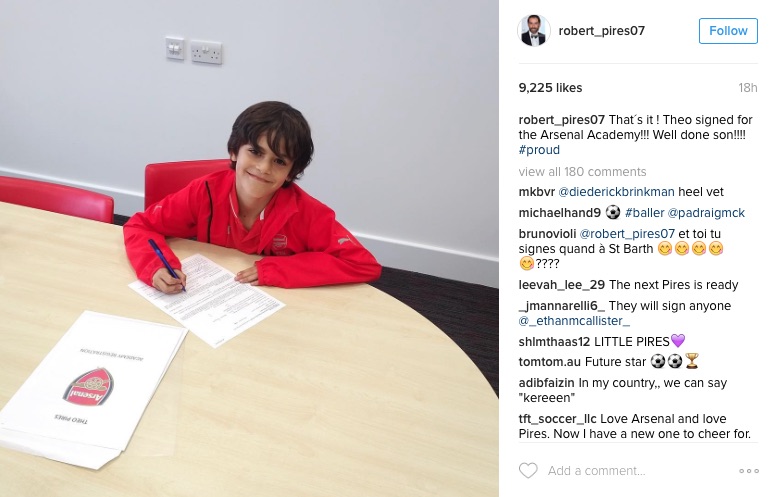 If he can be half as good as his father, who spent six years in North London, making 274 appearances, scoring 79 goals and winning two Premier League titles, then Arsenal have a player on their hands!

It could be one Theo in, and one Theo out at the Emirates Stadium this summer. Walcott faces an uncertain future as speculation grows that he could be moved on after another poor season.