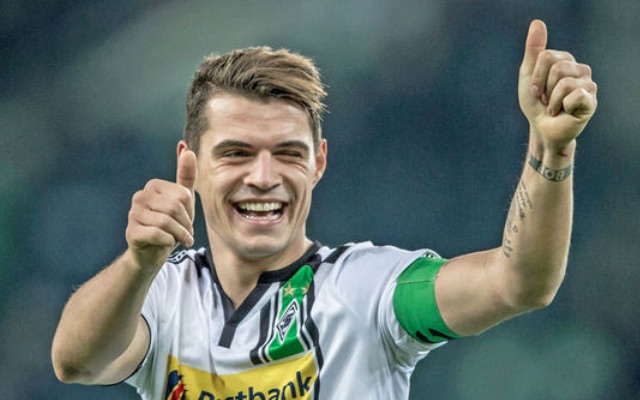 Arsenal will pay in the region of £30m for Swiss midfielder Granit Xhaka, according to Sky Sports.

Sky Sports reports that the Borussia Monchengladbach star has agreed personal terms with the Gunners and completed the first part of his medical ahead of a big-money move to the Emirates Stadium.

Pictures of Xhaka in Arsenal kit were leaked earlier this week. Sky Sports understands they were done early to allow the 23-year-old to meet up with the Switzerland squad for Euro 2016 this summer.

Sky Sports adds that a deal for Xhaka could be done before the start of the tournament in France, and that the price would make him the most expensive midfielder ever purchased by the Gunners.

According to Transfermarkt, Arsenal have only spent more money on buying Mesut Ozil from Real Madrid, and Alexis Sanchez from Barcelona, so Xhaka is joining some illustrious company.

The 40-times capped international is expected to be part of Wenger’s major midfield reshuffle at Arsenal this summer. Veterans Mikel Arteta and Tomas Rosicky have already been allowed to leave.