According to BBC Sport, Manchester United are set to appoint Jose Mourinho as their new manager.

But BBC Sport reports that a deal has been agreed with Mourinho for the former Chelsea boss to replace Van Gaal after the Dutchman failed to secure Champions League qualification for next season.

BBC Sport adds that United will announce Mourinho’s appointment next week, and the Old Trafford club are getting a manager whose Premier League record eclipses that of their greatest ever gaffer. 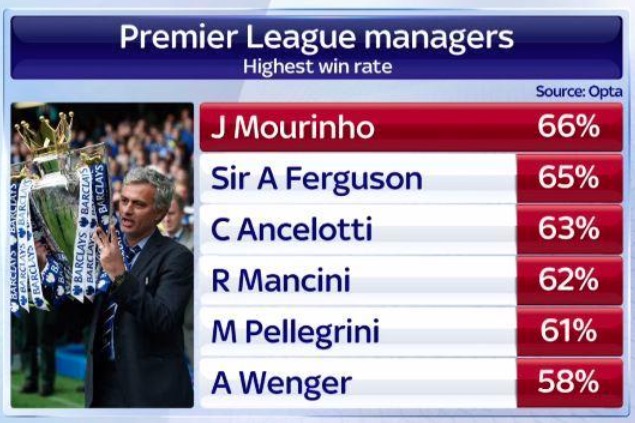 As this graphic from Sky Sports shows, the Special One has the best win percentage of any manager in Premier League history, winning 140 of the 212 matches that he oversaw in his two spells at Chelsea.

Ferguson has won a staggering 13 Premier League titles compared to Mourinho’s three. If the Portuguese maintains his unbeatable win percentage upon joining United, he might start to close that gap.