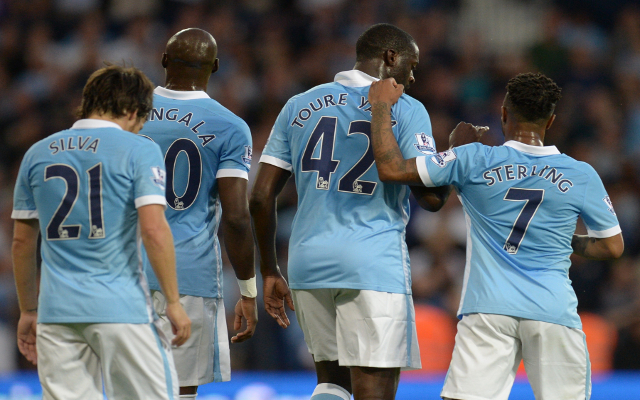 Manchester City midfielder Yaya Toure has reportedly been approached by two separate clubs seeking to lure him away from the Premier League.

The Ivorian midfielder has been at the Etihad Stadium since 2010, but may well have come to the end at the road in the north west, with his future uncertain under incoming coach Pep Guardiola.

According to The Sun, two Chinese clubs are keen on signing the West African, and have made him contract offers of £300,000 per week to tempt him to the Far East.

While it remains to be seen whether Toure—who will surely have suitors within Europe—would be willing to move to China, the lucrative offers on the table may well make him think twice.

The tabloid note that one of the proposals has been made by Shanghai SIPG, currently managed by former City and England boss Sven Goran Eriksson, while his other suitors are Jiangsu Suning, who have spent big to bring the likes of Ramires, Jo and Alex Texeira to the CSL.

Yaya Toure reveals the Manchester United ace who was ‘complicated’ to play against Nov 19 2019, 13:36
Manchester City

Video: Is this how his career ends? Yaya Toure sent off after 10 SECONDS during his Chinese farewell Nov 2 2019, 11:45
Manchester City