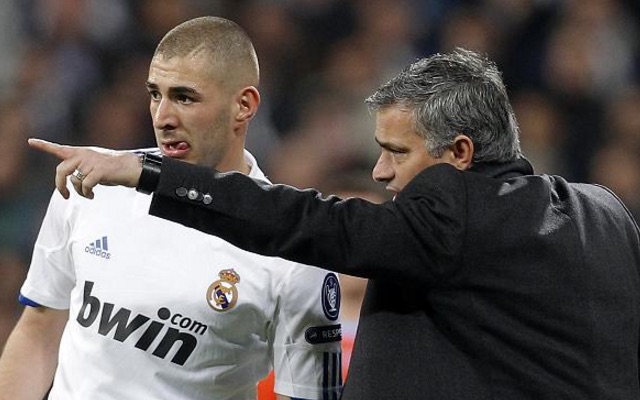 Most Manchester United fans will have woken up very excited today.

Not only did they win the FA Cup yesterday, they also had it pretty much confirmed that Louis van Gaal is on his way out, taking his boring methods with him.

LVG will be replaced by former Chelsea and Real Madrid boss Jose Mourinho, who could be set to raid his former club according to some eagle-eyed and imaginative United fans. Real striker Benzema posted this image to Instagram earlier today and some United supporters are adamant it means he’s coming to Old Trafford.

Not because the caption was “M<3”. The M stands for Melia – the name of the daughter he is hugging in the picture.

For Red Devils fans, the clue is in the top right corner, where a Man United cushion can be seen.

After seeing this, many hopeful members of the Old Trafford faithful took to Twitter. Excluding Cristiano Ronaldo, Benzema was Real’s top goalscorer under Mourinho in the 2011-12 season, which was the last time the Madrid club won La Liga.