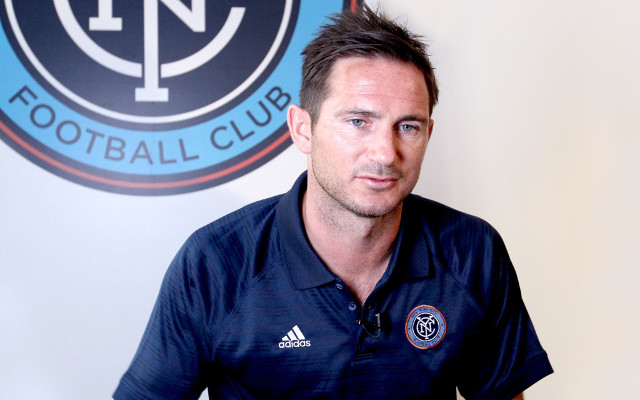 Following a devastating 7-0 annihilation at the hands of New York Red Bulls, one NYC FC player – who just so happens to be arguably the greatest midfielder in Chelsea and Three Lions history – bore the brunt of the Yankee Stadium crowd’s ire when he went onto the field as a 75th minute substitute.

Frank Lampard was booed loudly when made his first appearance for the team this season by replacing Andrea Pirlo once the team was already losing 5-0 in the New York Derby to their bitter rivals in red.

In response, the Chelsea legend struck back by explaining that a nagging injury has kept him from playing for the first few months of the MLS season and shamed the fans for not sympathizing with his struggle to return to fitness.

“I don’t think the fans are aware of the injury I had,” Lampard said, per NBC Sports. “If I’m getting booed for being injured, then there’s not much I can do about that.

“I had a nasty injury which was an 8-10 week injury. In the beginning doctors thought it was a small injury and it didn’t turn out to be that. I’ve been training morning and afternoon to get fit. People don’t see that. So if they’re going to boo for being injured, as I say there’s not much I can do [other] than get fit, play and show what I can do on the pitch.”

Much of the criticism surrounding Lampard stems from his lengthy absence in spite of the huge wages he receives as a designated-player (DP) for the club. He was recently revealed to be among the ten highest paid players in MLS and earns more in a week than most of his NYC FC teammates make in a season.

Since joining the club in the summer of 2016, Lampard has been regarded by many as one of the biggest DP flops in league history.