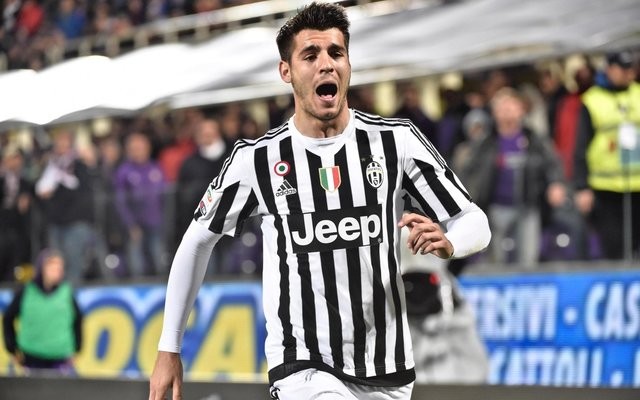 Juventus striker Alvaro Morata looks as though he’ll be leaving the club this summer, with Real Madrid expected to exercise their buy-back clause.

The 23-year-old came off the bench to score the winning goal against AC Milan in the Coppa Italia final in Rome on Saturday night, and it wasn’t the first key goal that he has scored for the Bianconeri during his time with the club.

However, as noted by ESPN FC, it’s widely acknowledged that Real will take him back to the Spanish capital this summer, with a view of selling him on at a profit to a Premier League side.

The losers in the deal will of course be Juve, who will want to keep hold of the Spanish striker as Massimiliano Allegri has undoubtedly seen him emerge as an important part of his squad over the last two years.

It doesn’t appear as though the Juve boss will get his wish though, with Bravo Trattoria Fratelli, a restaurant in Turin that Morata is said to frequently visit, taking to Instagram to bid farewell to the Spaniard.

Naturally, this isn’t exactly an official confirmation from the club or the player that he will leave this summer, but it will undoubtedly add to the speculation suggesting that it is the most likely scenario for Morata.

The Spanish international has proven his class since arriving in Turin, as although he hasn’t always been considered a starter, he continued to score crucial goals and make a big impact.

At this stage of his career, he’ll be desperate to move to a club that he feels an important part of, and with Cristiano Ronaldo, Gareth Bale and Karim Benzema ahead of him in the pecking order in Madrid, it’s unlikely that he’ll stay on at the Bernabeu.