Barcelona youngster Alen Halilovic has confirmed that he will definitely not be returning to Sporting Gijon on loan next season, and has confirmed his desire to return to the Nou Camp.

Halilovic signed for the reigning European champions in 2014 when he left Croatian heavyweights Dinamo Zagreb.

The youngster cut his teeth in Barcelona’s B Team, but when it became apparent that he needed more refinement before making the grade in Catalonia, he was loaned out to Gijon for the duration of the 2015-16 campaign.

It was a season of success for Halilovic, who helped Sporting avoid relegation—albeit by one point—and also featured prominently. 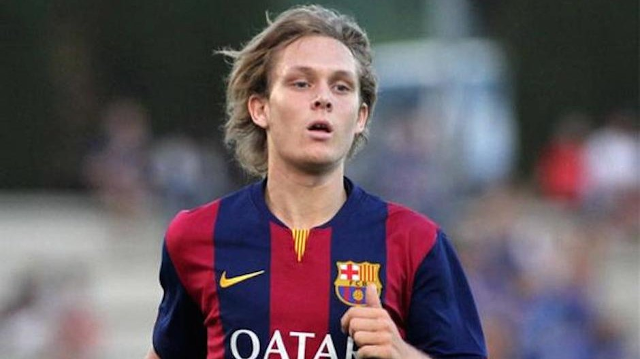 He made 36 appearances—of which 24 were starts—contributing five assists and scoring three goals.

However, speaking to journalists—as per Goal—the teenager has insisted that he will definitely not return to the club next term.

“No, Sporting Gijon’s not an option to continue my career,” Halilovic began. “Currently, only Barcelona are. I want to go back there after the European Championships.

“I won’t leave Barca, we’ve already talked about it,” he added. “They want to keep an eye on me, and they’ve told me that wherever I go, they’ll follow me and keep me under consideration.”

Halilovic may well have another valuable opportunity to impress this summer, having been named in the provisional Croatia squad for this summer’s showpiece in France.