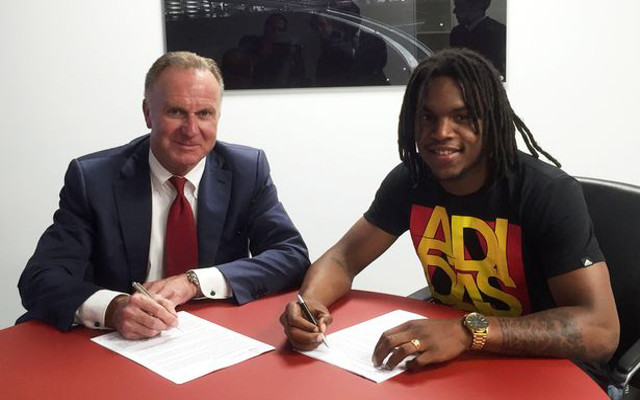 One of the most stunning transfer misses of 2016 for Manchester United was losing out on superstar midfielder Renato Sanches. The 18-year-old wonderkid signed a mega-deal with Bayern Munich earlier this month, snubbing Man United in the process despite legitimate offers from Ed Woodward and company. But the Portugal star made it very clear that Man United’s issues at home contributed to his decision to pass on their offer.

According to the Mirror, Sanches recently confessed that even though he did receive an offer from Man United, he passed on it in order to win titles there.

“Manchester United made an offer. I think it was well known. But I had other offers as well,” Sanches said.

“I chose Bayern Munich because it’s a great club. They have a 65,000 seater stadium and an atmosphere similar to Benfica. I’ll win titles.”

Sanches was one of Europe’s most desired transfer targets this year after demonstrating remarkable skill for Benfica and the Portugal national team. He sealed the move to Bayern Munich for an initial fee of £27 million that could rise as high as £61 million with incentives.

It’s no secret that titles have been significantly harder to come by at Old Trafford as opposed to the Allianz Arena over the last three years. Since Sir Alex Ferguson retired in 2013, Man United have won the FA Cup and FA Community Shield while missing out on the Champions League twice.