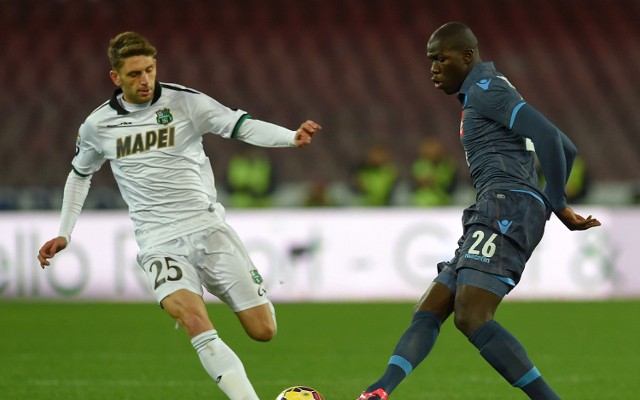 Chelsea are reportedly set to raise their offer for Roma midfielder Radja Nainggolan, while also stepping up their interest in Napoli defender Kalidou Koulibaly.

With Antonio Conte set to arrive at Stamford Bridge this summer, the club have been linked with various targets around Serie A as he plans a reshuffle of the squad.

In turn, Nainggolan has long been linked with a move to the Premier League outfit, while Koulibaly has also recently been added to the shortlist, according to La Gazzetta dello Sport, as reported by Football Italia.

Having seen an initial bid for Nainggolan rejected, the Blues are now expected to return with an improved offer as ultimately the Belgian international is seen as a key part of Conte’s plans.

The Roma ace’s combative presence in midfield coupled with his attacking threat should see him fit in perfectly at Chelsea and the Premier League, and so it is no surprise that Conte’s pursuit of him goes on.

Meanwhile, Koulibaly has proven his class for Napoli this season, and according to the report, Chelsea are now contemplating a €30m move for the commanding centre-half.

Similarly to Nainggolan, the 24-year-old is seemingly made for the English top flight given his characteristics, but conversely they are what make him indispensable to Napoli and their future plans.

It will take significant bids to prise the duo away from their respective clubs such is their influence for their teams, but Conte is certainly chasing the right players that can ensure Chelsea will be a contender next season if they are able to seal the deals.