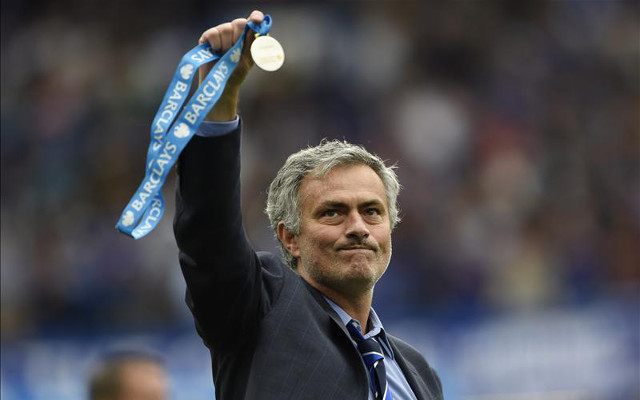 Amidst the many fans and pundits who believe Jose Mourinho would be a poor fit for Manchester United, Chelsea goalkeeper Asmir Begovic believes that the club will be much more formidable with the Special One at the helm – and a serious contender for silverware in the years to come.

In an interview with Sky Sports [per Squawka], Begovic went so far as to call Man United potentially ‘a team to be reckoned with’ if – or more specifically when – Mourinho becomes the team’s new manager for the 2016-17 season.

“Manchester United will be a team to be reckoned with next year,” Begovic  said. “They’ll be aiming to get into the Champions League once again, aiming for the top and even aiming to win the league.

“The Premier League is certainly the place to be, it’s obviously the most competitive league in the world and with all the world’s top managers being here, it’s an exciting place all round. We have the best league, the best teams and overall the most competitive teams, so games are going to get even more difficult.

“I think generally having Jose Mourinho in football is a great thing. He’s a great character and one of the best managers, it will obviously be great to have him back in football.”

Mourinho led Chelsea to Premier League and League Cup glory in the 2014-15 season, but an inability to get points through the first half of the season combined with locker room splits, media clashes and the dismissal of team doctors led to his sacking in mid-December.

Man United fired manager Louis van Gaal on Monday after two seasons of sub-par performance. Despite winning the FA Cup title over Crystal Palace, the club’s fifth-place finish and inability to secure a spot in the Champions League resulted in his sacking.