Chelsea midfielder Cesc Fabregas has predicted that Spain can improve significantly following their miserable showing at the 2014 World Cup and are genuine contenders for Euro 2016.

While La Roja were imperious between 2008 and 2012—winning an astonishing two European Championships and the World Cup—they bombed badly in Brazil in 2014, and were eliminated in the first round.

Spain’s title defence was thoroughly miserable, with Vincente del Bosque’s first-round humiliation being compounded by a nightmarish 5-1 defeat at the hands of the Netherlands.

However, speaking to Marca, Fabregas has insisted that if Spain work on their errors from two years ago, they will be firmly among the frontrunners.

“We must be more united than ever to achieve our objective,” the Chelsea midfielder began. “We know that in Brazil things went wrong, but if things work well, Spain will be champions again.” 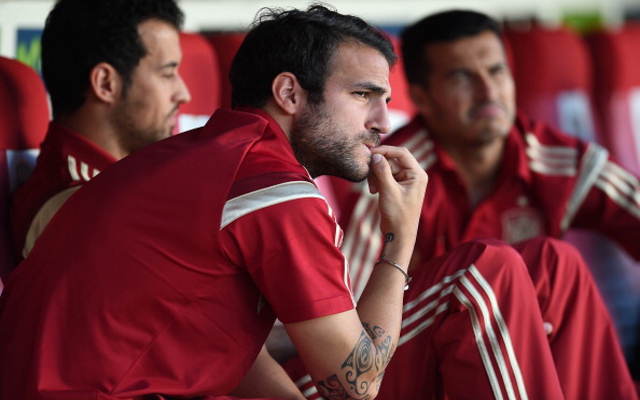 The 29-year-old proceed to tip La Roja for the title, but also named three other sides who he felt could be contenders for the championship this summer.

“I think if we get things right, we have a great chance to win the European Championships,” he continued, “but we have to prove that on the field.

“There are other great teams like France, Germany and Belgium,” he concluded.

Fabregas has enjoyed great success with Spain, despite not having always been a starter.

He won the European Championships on two occasions—in 2008 and 2012—and was also present for the World Cup triumph of 2010.

The former Barcelona man will surely be desperate to return to winning ways following his miserable season with Chelsea.