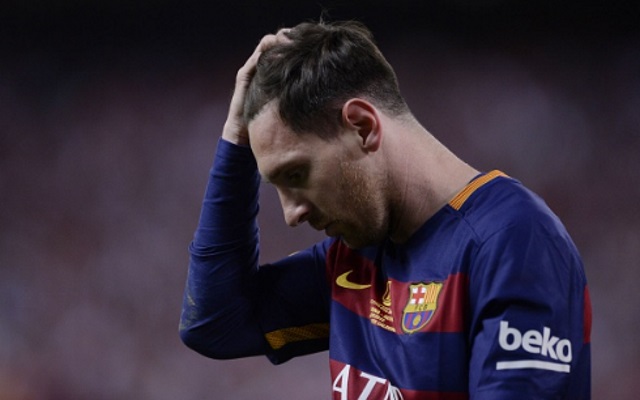 Lionel Messi’s absence from Barcelona’s end-of-year party has been explained by Spanish source AS.

According to their report, the Argentine superstar missed the bash due to illness.

His no-show made for a somewhat depleted showing for the Catalan giants, with several other key stars also missing.

According to AS, Luis Suarez didn’t attend as he is still laid up in bed after picking up a hamstring injury during Barca’s Copa del Rey final against Sevilla.

While the Catalan giants won the match 2-0 in extra time, the victory came at a cost for Suarez, who was replaced in the second half and remains a doubt for this summer’s Copa America.

Arda Turan and Thomas Vermaelen missed out due to international duties, while Rafinha is halfway across the world with the Brazil squad ahead of the continental showpiece in the United States.

The report states that Messi’s failure to turn up left many of the club’s younger fans disappointed, although the playmaker should be fit enough to travel to Argentina imminently to begin preparations for the Copa America.