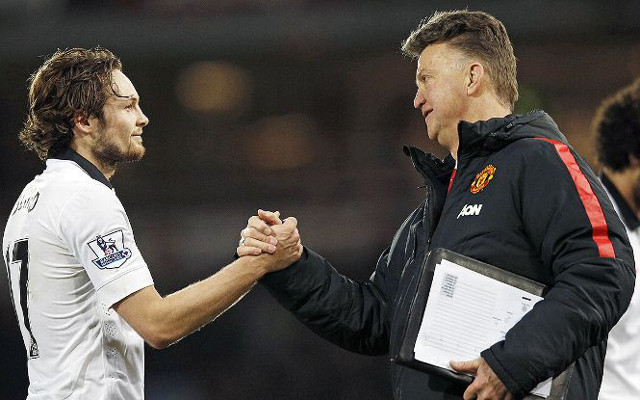 In an interview with Dutch newspaper De Telegraaf [per Sun Sport], Blind lamented the firing of his former manager from both club and country, and accused the club of giving Van Gaal unfair treatment over the course of the ill-fated 2015-16 season.

“A manager in England will obviously always be under pressure.

“But in the case of Van Gaal he has not been treated fairly over the last six months.

“I think a manager with the status of Van Gaal, who has achieved so much in his career, deserved more respect.

“No matter what was said or written about him as a manager, he never stopped protecting us as players.

“He has defended us under any kind of circumstances, he was always taking the stick instead of us.

“I think I can say that the whole squad is grateful for that, for what he has done in that respect for us as players.”

Blind was a £14 million signing by Man United from Van Gaal’s old stomping grounds at Ajax when Man United appointed him in 2014. Earlier that summer Blind had played a key role in helping the Netherlands secure a third-place finish in the FIFA World Cup.

Van Gaal was fired after Man United failed to reach the Champions League for the second time in two years. His tenure was marred by inconsistency as well as an inability to score goals.

In two seasons under Van Gaal, Blind has made 60 league appearances and 85 total appearances, scoring four times in the process.

Jose Mourinho is expected to be named the new manager of the club in the coming days.