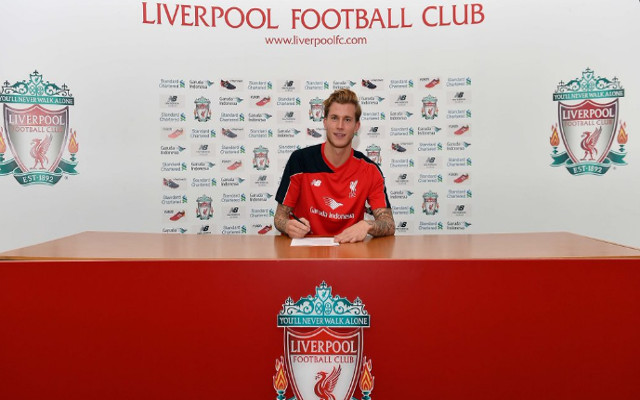 Loris Karius is the newest member of Liverpool.

The 22-year-old German goalkeeper officially signed with the Reds today after securing a transfer from Mainz 05 reportedly worth £4.7 million. The signing was announced on Liverpool’s official Twitter page and featured an image of Karius signing a contract while wearing a Liverpool tee:

The newly signed Karius is expected to compete with struggling goalkeeper Simon Mingolet for the starting job in the 2016-17 season. Despite recording 11 clean sheets this past season, the team allowed 50 goals – eighth most in the league – and conceded numerous late goals in critical matches.

Karius recorded ten clean sheets for Mainz this year and earned Man of the Match honours for his performance in a 1-0 win over Borussia Monchengladbach. He has made 90 appearances for Mainz over the last three years.

Mainz 05 allowed 42 goals this season with Karius in goal and earned a spot in the Europa League after finishing sixth. He has been capped for Germany’s numerous Under- sides, but not yet for the senior national team.