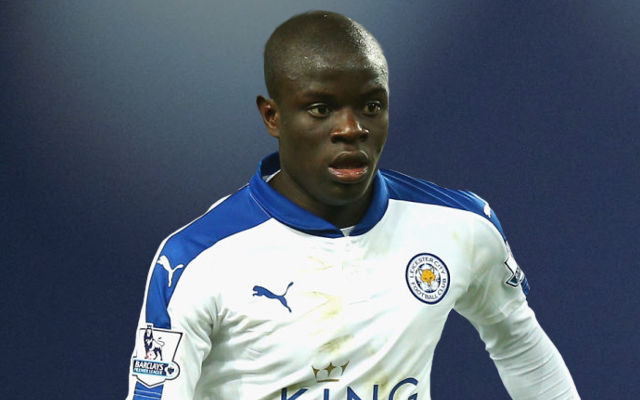 Paris Saint-Germain are reportedly continuing in their bid to attempt to prise N’Golo Kante away from Leicester City this summer.

The Ligue 1 champions have made a point of strengthening their midfield this summer, as they look to maintain their domestic dominance and try to conquer Europe too.

Although previous advances haven’t proven to be successful, Le Parisien have reported that Kante’s representatives will meet with PSG officials again this weekend to try and reach an agreement over personal terms.

That will likely prove to be the stumbling block in any deal, as the French giants will be expected to have no problems with the French international’s €25m release clause.

Le Parisian claim that both Arsenal and Chelsea are still interested in the combative midfielder, with the Gunners having the advantage over their London rivals given that they qualified for the Champions League next season.

However, as neither club make progress in reaching a deal, it has opened up the chance of PSG stealing a march on them and Laurent Blanc will hope to add Kante to his squad after he played a crucial role in the Foxes winning the Premier League title this past season.

From a Leicester point of view, it will be a bitter blow to lose one of their more influential players, as Claudio Ranieri would undoubtedly want to hold on to his current group for at least another season as they prepare to defend their crown and tackle the Champions League for the first time in their history.

It doesn’t look like it will be that simple though as the Italian tactician may be forced into conceding that Kante will leave, with the hope that no other star individuals follow him out of the exit door.