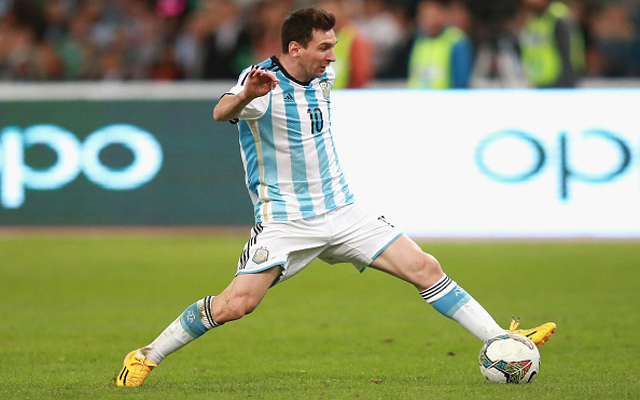 Summers wearing the White and Sky Blue have ended in heartbreak after heartbreak for Barcelona megastar Lionel Messi. The Argentina captain has not won a major tournament with his home country in nearly eight years despite bringing the team to the cusp of a title seemingly year after year. But Messi plans to change that this summer.

In an interview with Sports Illustrated [per NBC Sports], Messi spoke glowingly about his impending trip to the United States for the upcoming Copa America Centenario tournament. He also hopes to use the tournament as a preparation for the FIFA World Cup in Russia two years down the road.

“Of course, outside of my family nothing would make me happier than to win my first World Cup with Argentina in 2018,” Messi said.

“The Copa America this summer is an important step along the way, a chance to show that we can raise a senior trophy for the first time in 23 years. And if we can do that, it will also mean spending nearly a month in the U.S. and learning more about this special country.

“If you Americans are looking forward to seeing me in person, trust me: The feeling is mutual.”

Argentina have not won a major competition since taking the Gold medal at the 2008 Summer Olympics – the only major tournament Messi himself has won with the senior team.

La Albiceleste will compete in Group D with Chile, Panama and Bolivia. Chile defeated Argentina in last summer’s Copa America Final, while Panama finished third in the CONCACAF Gold Cup that same month. The summer before, Argentina lost to Germany in the FIFA World Cup.

Messi’s team enter the tournament with top betting odds and are 2/1 favorites to win the whole thing.