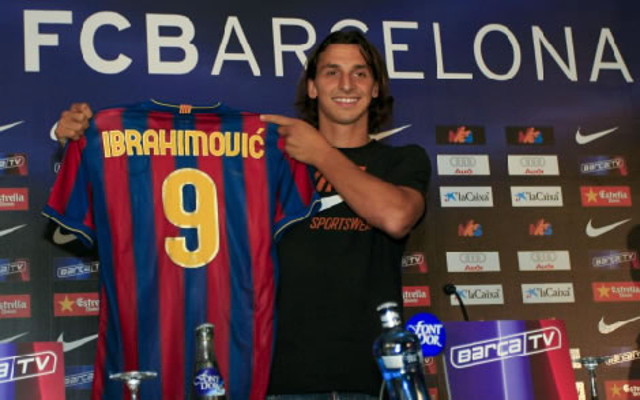 There seems to be so much certainty that former PSG and Barcelona striker Zlatan Ibrahimovic will join Manchester United this summer that people already seem to know which jersey he’ll wear. But Wayne Rooney’s fans can rest easy, he won’t be giving up the No. 10 any time soon.

According to the Metro via The Sun, Zlatan will be given the No. 9 for the 2016-17 season, which was worn by last year’s leading scorer Anthony Martial, and by Radamel Falcao the year before. Martial will, in turn, be given the No. 7 shirt worn by Memphis Depay – who is by no means a lock to return to the club.

Considering that Zlatan wore No. 10 with Paris Saint-Germain, it was reasonable to suspect that there might be a clash between the strong-willed scoring machine and Man United captain Wayne Rooney for the number they’ve both shared at their respective clubs over the years.

The 34-year-old Zlatan set new career-highs in the 2015-16 season for PSG, scoring 38 league goals and 50 total goals – both of which were records for the club as well.