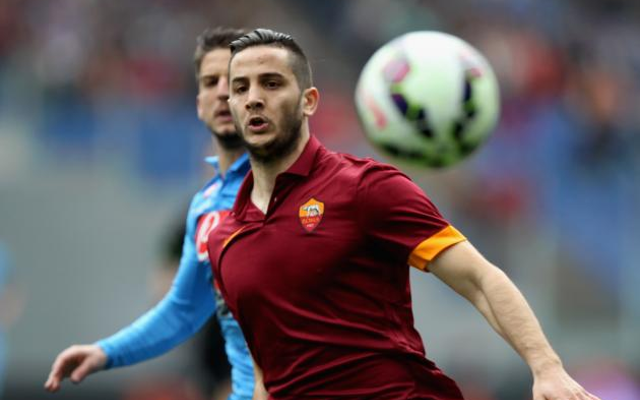 Manchester United could be forced to abandon their attempts of signing Roma defender Kostas Manolas this summer.

The Greek international is a man in demand after an impressive season with the Giallorossi, as he has continued his development into one of the top defenders in Europe.

In turn, it is no surprise that he has attracted interest from around Europe, with The Express reporting that United are looking at a £30m deal ahead of next season.

However, the Red Devils could encounter a problem with the signing, as there is a clause in the Greek defender’s contract that ensures that former club Olympiakos will receive 50 per cent of his next transfer fee if he moves on before September 1.

That is problematic for United in two ways, as essentially if they are desperate to sign him this summer, then Roma will likely raise their demands significantly with the clause in mind to ensure that they receive a substantial fee.

If that is the case, then United will have to wait until January in order to rekindle their interest, with the clause no longer being in effect thereafter, as noted by The Express.

The Premier League giants may well even opt to consider other individuals this summer if Manolas is not a feasible option, although they would be wise to wait and attempt to reach an agreement at some stage.

Following Louis van Gaal’s sacking earlier this week, the likes of Chris Smalling and Daley Blind will now face an anxious wait to discover whether or not they are at the heart of the new manager’s plans.

As a result, speculation linking the club with a move for the likes of Manolas will be a concern to them, but unless United can find a resolution, the 24-year-old could be set to stay in the Italian capital for the time being.