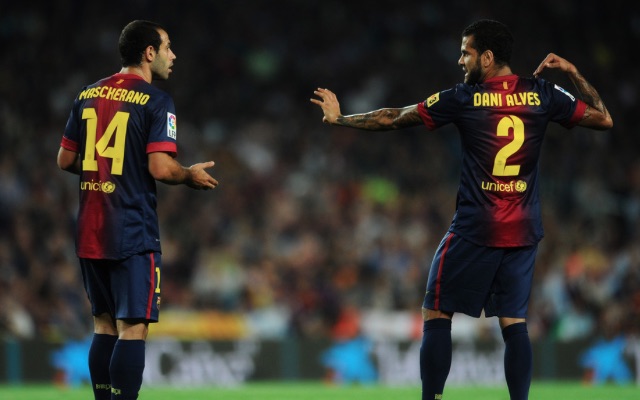 Jose Mourinho wants to compete for the signature of Barcelona star Javier Mascherano after he is appointed as Manchester United manager, according to reports from Spain.

The Sun cites Mundo Deportivo as reporting that the 31-year-old is ready to leave Barca after winning four La Liga titles and the Champions League twice in a prolific six-year spell.

And Mundo Deportivo adds that Mourinho wants to make him one of several big-name signings at Old Trafford this summer, with Zlatan Ibrahimovic also being lined up on a free transfer.

But the Spanish source claims that Arsenal, Manchester City, Juventus and Inter Milan are all keen on the Argentine international, potentially setting up a blockbuster transfer battle.

Mascherano, a midfielder by trade has been converted into a top-class centre-back at the Camp Nou, would be a shrewd addition to a United squad which has problems in both areas.

Daley Blind has been deployed in the middle of defence this season but could be freed up to play elsewhere, while The Sun adds that veteran midfielder Michael Carrick will be let go.