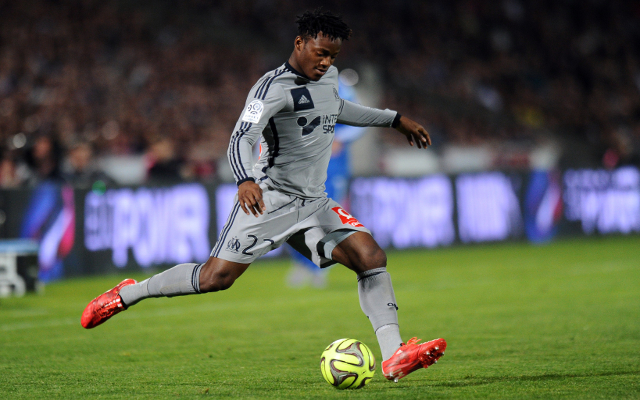 Reported Tottenham Hotspur target Michy Batshuayi has told Sky Sports that he will not make a decision on his future until after Euro 2016.

As Sky Sports reports, the Belgian international striker has already confirmed that he is leaving financially-troubled Marseille this summer.

According to Sky Sports, Spurs and London rivals West Ham United are both keen on the 22-year-old, as are a host of other top European clubs.

And while Batshuayi has admitted an attraction to the Premier League, his suitors will have to wait until after Euro 2016 to find out his fate.

“I don’t think about that, I prefer to concentrate 100 per cent on the Euros, then we will see what happens,” Batshuayi told Sky Sports.

“Everybody likes the Premier League. It has a lot of spectacle, a lot of goals and many good players. It is natural that every good player is attracted by that league.”

Batshuayi scored 24 goals in Ligue 1 last season, and is one of four strikers in the Belgium squad alongside Romelu Lukaku, Christian Benteke and Divock Origi.

The Red Devils, the highest ranked European team in the FIFA World Rankings in second, will compete in Group E alongside Italy, Republic of Ireland and Sweden.

SEE MORE:
Tottenham star up for chop this summer as Pochettino targets more ruthless players
Tottenham transfer news: Player wants out for around a third of his true value
5 players Spurs should sign with reported £60m warchest, including two strikers & free transfer