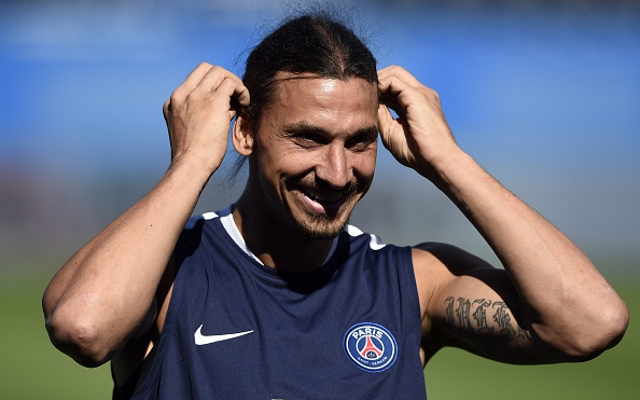 A picture says a thousand words and, although Zlatan Ibrahimovic declined to confirm his prospective move to Manchester United, his smile appeared to give the game away.

The Swede was asked at a press conference today whether he had an offer on the table from United. He giggled before muttering through his obvious grin: “we’ll see what happens”.

Ibra’s smile lights up the room when asked about United offer… pic.twitter.com/0pN9CLmHvi

Ibrahimovic is leaving Paris Saint-Germain this summer after 156 goals in four years, including a staggering 50 in 51 games for a career-best campaign at the age of 34.

Old Trafford is emerging as the most likely destination, with his former manager at Inter Milan, Jose Mourinho, poised to succeed Louis van Gaal this week, as The Guardian reports.

The enigmatic striker has confirmed that he has decided on his next move. “The future is written,” he is quoted by BBC Sport as saying. “I made my choice a long time ago. I just have to push the button.

“There is concrete offers from the Premier League. But I don’t give guarantees.”

Zlatan may not be giving any guarantees, but that smile is good enough for us.