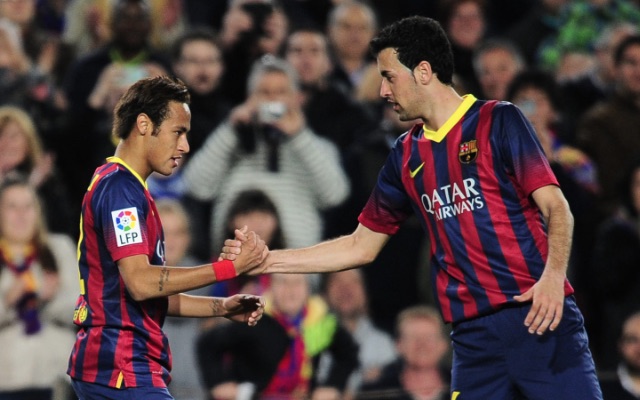 Sergio Busquets has signed a contract extension which could keep him at Barcelona until 2023.

The 27-year-old midfielder’s new agreement lasts until 2021 with the option of a further two years.

The Daily Mail reports that this contract has increased his release clause to €200million (£152m).

That whopping figure will surely be enough to deter Manchester United and Manchester City, both of whom had been linked with an interest in the World Cup winner, according to the Daily Star.

It was suggested that Busquets may be tempted to reunite with former manager Pep Guardiola at the Etihad Stadium next season, but he has committed to a club for whom he has played 384 times.

Busquets is the unsung hero of the best team of his generation, playing a pivotal role for Barcelona at the base of their midfield in six La Liga titles wins and three famous Champions League triumphs.