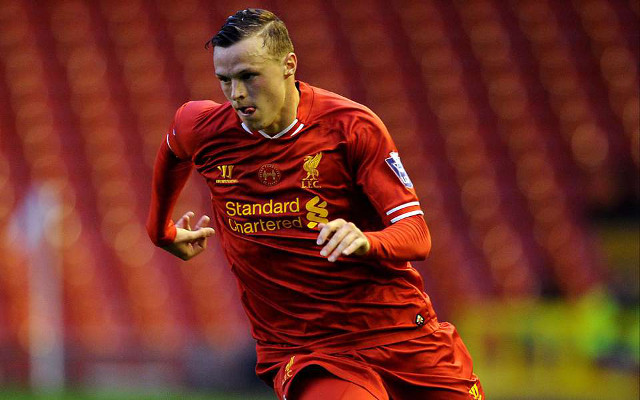 Australian left back Brad Smith has only been used sparingly for Liverpool since joining the senior side in 2013. He has made 20 appearances between Anfield and Swindon Town over the past two years but only 11 league appearances. With reps hard to come by, the young defender is willing to take whatever route he needs to ensure a starting role.

In an interview with the Liverpool Echo [per The Liverpool Offside], Smith admitted a bit of uncertainty over his chances of claiming a permanent spot on Jurgen Klopp’s roster and said he would be willing to go out on a loan move for the sake of getting experience.

“I’ve played 10 times this season,” Smith said. “I’m enjoying my football and hopefully I can just keep it going. (Now) We’ll play these (international) games, have a little bit of time off, go back for pre-season, stay fit and work hard and see what happens there really.

“Hopefully do well at pre-season and stay at the club. But if not, speak to the manager and if he wants me to go out on loan and get experience I’m happy to do that as well.”

Smith scored his first goal for Liverpool in the FA Cup against Exeter City this past season and made four league appearances on the year. He has been capped six times for Australia since 2014.

However, Liverpool are essentially set at left back with Alberto Moreno performing very well and a variety of defenders ahead of him on the depth chart.