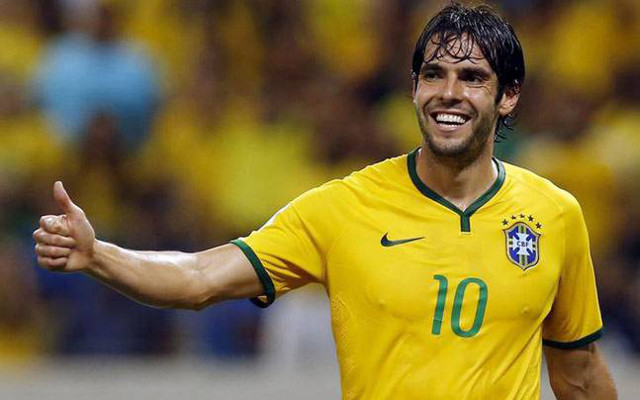 Major League Soccer may not have their MVP Sebastian Giovinco joining Italy this summer, but one of the league’s other elite players will have a role in international football this summer.

According to Reuters, Orlando City SC midfielder Kaka has been added to the Brazil squad for the Copa America Centenario tournament after Bayern Munich winger Douglas Costa was forced out due to a left thigh injury. The 34-year-old former World Cup winner has not been capped since 2012.

Kaka is the highest paid player in MLS, making $7.2 million per year for the Florida-based outfit. He is second in the league this season in assists, notching two goals and five assists in just seven appearances so far.

In 2007, Kaka won the Ballon d’Or after leading AC Milan to the Champions League title. That same year he scored five goals for Brazil including three in World Cup qualifiers.

With 91 caps for Brazil, he will surpass Dani Alves for the most-capped player on the squad and is the only holdover from their 2002 World Cup title win over Germany.