Looking back into Jose Mourinho‘s past managerial achievements, Thierry Henry has insisted that the Portuguese coach is the right man for the Manchester United job.

Sky Sports confirmed on Friday evening that the former Chelsea boss has signed a new contract with the Old Trafford giants, and while the club are yet to confirm the manager’s arrival, his move to United appears to be certain.

It would be reasonable for Red Devils fans to be sceptical about the coach’s impending appointment. 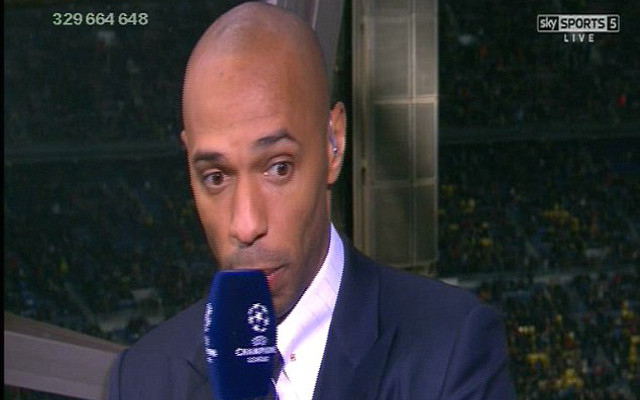 He brings indisputable controversy, struggled badly at Chelsea at the beginning of this season, hasn’t always got the best out of talented young players, and has been accused of playing negative, pragmatic football.

However, speaking to Sky Sports, pundit Henry has insisted that the example of the coach’s time in charge of Real Madrid ought to convince Red Devils fans that he’s the right man for the job.

“A lot of the time at Real Madrid his teams outscored Barcelona,” Henry began. “It’s about winning for United at the moment.

“The fans want instant success and he can give them that.”