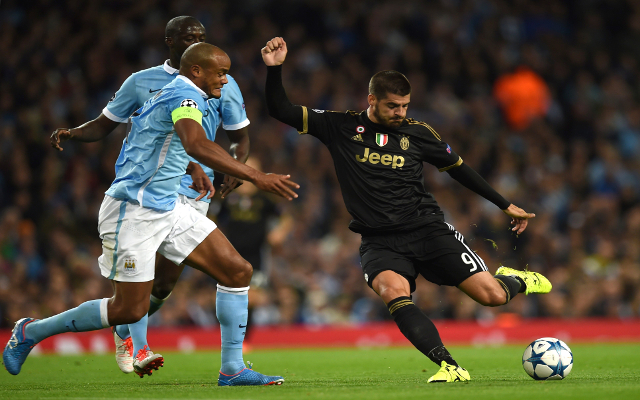 Juventus chief exec Giuseppe Marotta has insisted that the Serie A giants will do all they can to keep hold of Alvaro Morata this summer.

Speaking to the Gazzetta dello Sport [as per Marca], the CEO has confirmed that the Old Lady would try to convince the striker to remain at the club, even though rumours linking him to the exit door continue to intensify.

Real Madrid have a buy-back option on the Spain international, and have hinted that they will exercise that right this summer, but Premier League giants Arsenal are also understood to be keen on signing the hitman.

23-year-old Morata scored seven goals in 34 appearances for Juve in Serie A this season, although only 16 of those outings were from the start, as the forward struggled to unsettle the likes of Paulo Dybala and Mario Mandzukic.

“Morata has grown a lot,” Marotta began, speaking in light of Real Madrid’s transfer intent. “We will try-regardless—to try and keep him at Juventus.

“[Real’s] right to buy is a sword of Damocles,” he added. “We will meet with Real after the Champions League final.”

While Arsenal are the English side most heavily linked with the versatile forward, there could be another possible door opening for the international.

Jose Mourinho was responsible for bringing the youngster into the first team at the Bernabeu and enjoyed a big influence over the youngster’s career. Could the Portuguese coach tempt the forward to join his revolution at Manchester United?