Robin van Persie and Lukas Podolski put past allegiances to one side as Fenerbahce and Galatasaray clashed in a typically feisty Turkish Cup final on Thursday.

Tempers flared, even between old friends, with former Arsenal teammates Van Persie and Podolski squaring up to each other during the first half of the match. 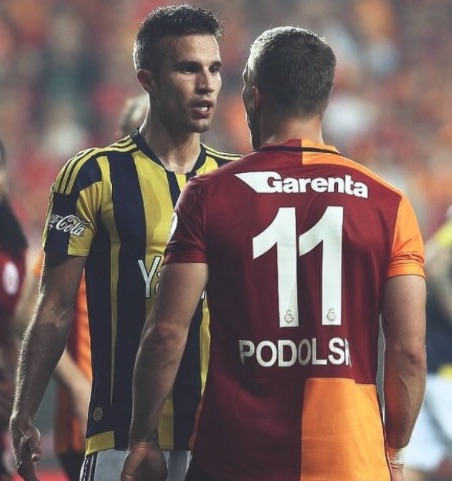 Who would you be backing in this fight, Gooners fans? Tweet @JoeFish08 with your verdict!

Podolski had the last laugh as he headed home the winner in a 1-0 Galatasaray victory which retained them the Turkish Cup for the third straight year, after Van Persie had been hooked at half time.

Ex-Manchester United winger Nani was sent off for Fenerbahce after the final whistle.

Van Persie and Podolski never actually played a competitive game together for Arsenal. The Dutch striker left for Manchester United a couple of months after the German forward arrived from Cologne.