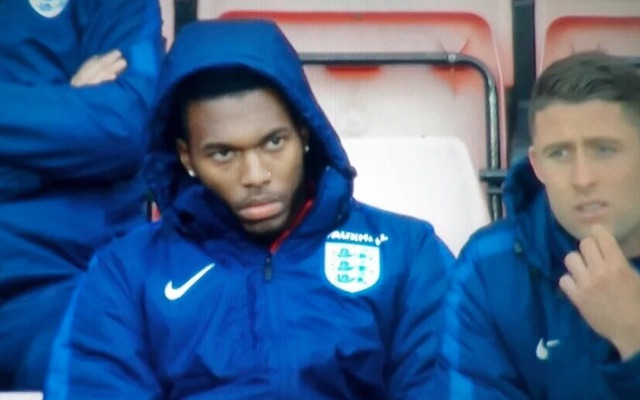 Manchester United wonderkid Marcus Rashford scored 135 seconds into his England debut tonight to give Roy Hodgson’s side an early lead in their pre-Euro 2016 friendly against Australia.

And the finest Twitter banterers in the land were just as quick to respond to the latest chapter in the fairytale rise of the 18-year-old striker – now the youngest player to bag on his Three Lions bow.

Injury-prone Liverpool forward Daniel Sturridge, whose place in Hodgson’s squad is arguably most under threat by the teenage sensation, was a target of some of the finest Rashford-related bantz…

When someone tells Sturridge that Rashford scored after 135 seconds on his England debut… https://t.co/W6FYM8Jf1n

When Marcus Rashford has just taken your England spot in Euro 2016. pic.twitter.com/mH23AE1Wvu

When someone questions why Rashford is in the England squad.. pic.twitter.com/khVA5upxA4

Somewhere in Portugal a pissed Louis van Gaal is explaining to a waiter that he’s the one who gave Rashford his debut.

He’s ready to claim his prize in January. pic.twitter.com/tZFlZpaegA

2 minutes into his England debut.