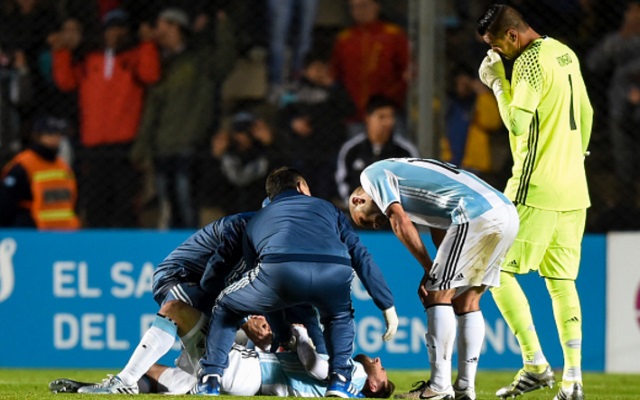 Argentina beat Honduras 1-0 in an international friendly on Friday, but their victory may have come at a cost, as Lionel Messi was replaced with injury in the second half.

The Albiceleste are currently in the process of preparing for this summer’s Copa America, but their chances at the summer showpiece may well have been dented following the injury suffered by the Barcelona superstar.

Messi was felled shortly after the hour mark, after receiving the sharp knee of an opponent in his midriff.

He fell to the turf and was replaced moments later, rubbing his back in some significant discomfort as he was replaced.

Messi received treatment on the touchline, as he attempted to watch the match, but he was ultimately forced to withdraw down the tunnel, presumably to receive further attention.

According to ESPN, the forward has been diagnosed with a deep bruise in his lumbar region, although it remains to be seen whether the knock is enough to keep him out of the continental showpiece this summer.