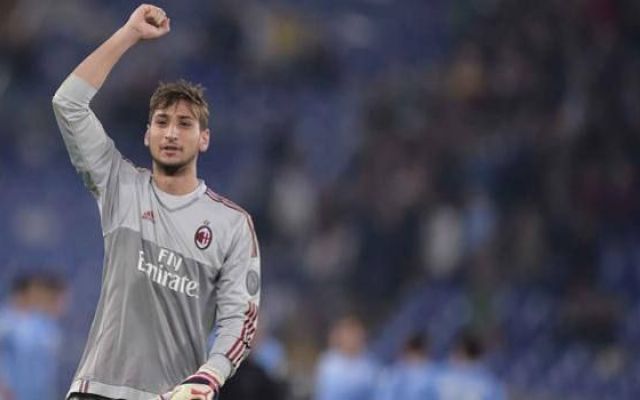 Gianluigi Donnarumma is understood to have got cold feet about a potential move to England, and looks set to stay at AC Milan this season.

The goalkeeper—dubbed the ‘new Gianluigi Buffon’—has wowed the public this season with his mature displays at the San Siro, despite just being 17.

The wonderkid has displayed astounding poise, firmly displacing Diego Lopez from the No. 1 spot.

His fine form has prompted interest from Premier League giants Manchester United and Chelsea, both of whom could be looking for a new man between the sticks this summer.

The former could still risk losing David De Gea, who has been a long-term target of Real Madrid, while the Blues’ No. 1 Thibaut Courtois is understood to be angling for a move away from the club following the Stamford Bridge giants’ miserable campaign this season.

While Donnarumma could be an able and long-term replacement for either player, the youngster is understood to be keen to remain at Milan as he fears he would have to start from scratch should he join either of the Premier League heavyweights, according to the Daily Mail.

Despite this, Antonio Conte is understood to be an admirer of the keeper, and may yet look to test the Rossoneri’s resolve.