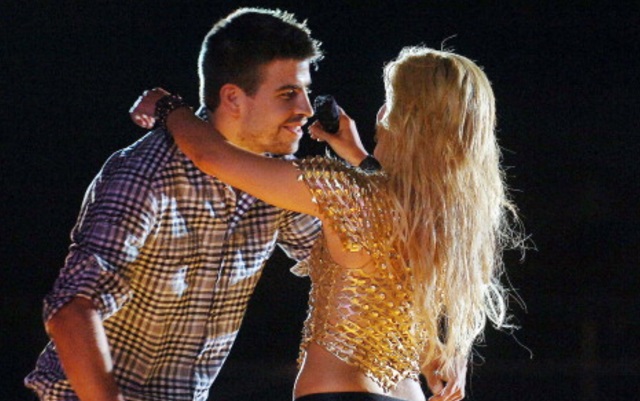 Gerard Pique has put his Champions League disappointment behind him by taking his gorgeous partner Shakira out to a Coldplay gig on Friday evening.

The Colombian singer—herself a pop sensation—shared the video of her and her Barcelona beau watching the English group in concert, while thanking both the group and their frontman Chris Martin for a fantastic evening.

Awesome concert! Thanks @coldplay and Chris for the Amazing hospitality! Shak pic.twitter.com/65VxE1WbUl

While Shakira bopped along gleefully to the music, her boyfriend Pique seemed equalled relaxed and at ease at the gig.

The Spain international—who looks set to represent La Roja at the European Championships this summer—may well have been celebrating the Catalan giants’ recent league triumph, as they pipped rivals Real Madrid and Atletico Madrid to the title.

However, he may also be attempting to take his mind of Saturday evening’s Champions League final, where both Real and Atleti will contest the grandest prize in the continental game while Barca—still the reigning champions—watch on.