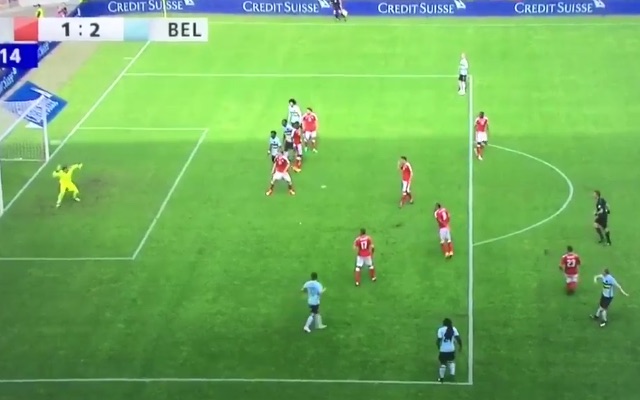 Belgium may not be the favourites with the bookies to win Euro 2016, but FIFA’s World Ranking’s tell us that they are the best team in Europe, so that surely makes them the official favourites.

And why won’t they go all the way in France? Their squad is full of world-class talent, including Manchester City’s Kevin De Bruyne, who sealed a 2-1 warm-up win over Switzerland on Saturday with a truly disgusting long-range stunner.

This long-range winner from Kevin De Bruyne is so disgusting. Does he have no manners? Filthy strike. WOOF! #MCFC pic.twitter.com/3ReSijv25y

Belgium showed impressive fight to come back from 1-0 down, with Romelu Lukaku cancelling out Blerim Dzemaili’s opener, prior to De Bruyne firing home this filthy winner.

Switzerland ended the friendly with 10 men, as Haris Seferovic was sent off moments before De Bruyne stole the headlines.