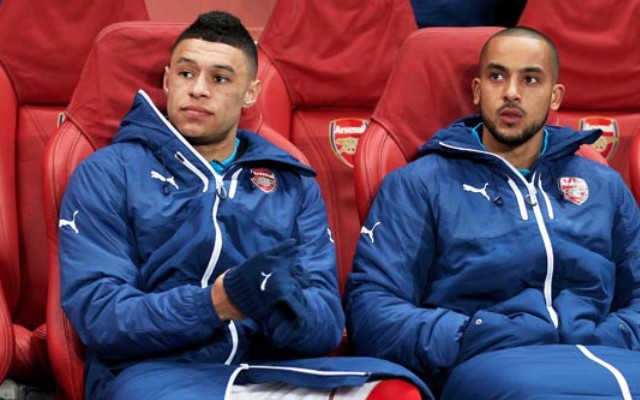 Liverpool‘s hopes of signing Arsenal midfielder Alex Oxlade-Chamberlain have been dented by the news that Leicester City are also keen on the England international.

The 22-year-old’s career appears to have stalled at the Emirates Stadium, with the youngster making just 22 Premier League outings last term—only nine of which came from the start.

Certainly, injuries played their part, but the former Southampton man could only manage one goal and zero assists all campaign—a symptom of his malaise—and was overlooked for England’s provisional squad for the European Championships.

According to talkSPORT, the heavyweights trio of Liverpool, Manchester City and Manchester United are all understood to be keen on the midfielder, potentially with a view to rehabilitating him.

However, the three face competition from Leicester City, with the Express reporting that the Foxes see AOC as the kind of player who could be a valuable asset to their Champions League squad.