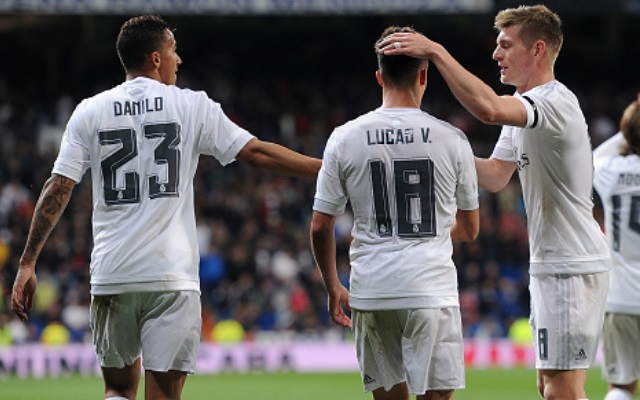 The Spanish coach appears primed to overhaul the Citizens’ playing squad this summer, and according to the Daily Star, is considering Merengues dynamo Kroos as a key component of his envisioned reboot in the North West.

Guardiola has worked with Kroos before—the two men overlapped at Bayern Munich during the 2013-14 season—but the box-to-box operator’s game has improved since he swapped Bavaria for the Spanish capital a year two summers ago.

Kroos started on Saturday evening as Los Blancos won their 11th Champions League title, the second of his career.

The World Cup winner won three German titles with Bayern—as well as the UCL in 2013—before going on to lift the Uefa Super Cup and the Club World Cup with Real.

Kroos featured for 72 minutes in the final, and was replaced by Isco after 72 minutes with the Spanish giants leading 1-0 after Sergio Ramos’s goal.

Yannick Carrasco equalised for Atletico in the 79th minute, before Los Merengues won the bout on penalties.