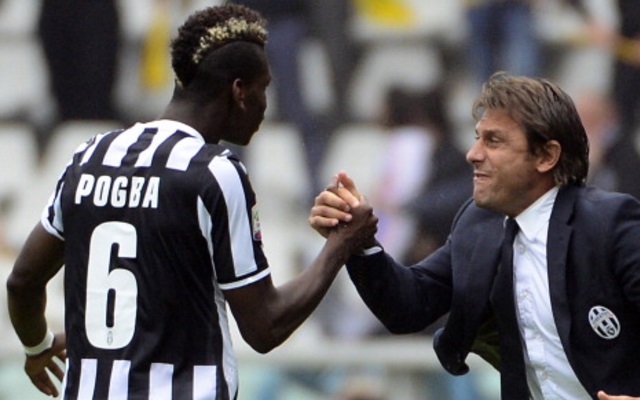 Chelsea are understood to be leading the race to sign Juventus superstar Paul Pogba this summer.

According to reports, the Blues have already launched talks with the French powerhouse and are in the process of discussing a possible move for the international midfielder during the summer.

According to French source Get French Football News [as per The Sun], the Pensioners are planning a £76 million move for the 23-year-old to make the box-to-box operator the key figure in the club’s rebuild under Antonio Conte.

However, The Sun note that the Blues are set to face major competition for the former Manchester United player’s signature, with both Barcelona and Real Madrid understood to be keen on his services.

The French source have revealed that Pogba is open to a move away from Turin, with Conte—who snared the midfielder from Old Trafford in 2012—understood to be desperate to make the Frenchman the key figure in the heart of the park, regardless of the price tag.

As noted by the tabloid, United are also keen on re-signing their former youth talent, although it remains to be seen whether Jose Mourinho could convince Pogba to turn down the likes of Conte, Luis Enrique and Zinedine Zidane.