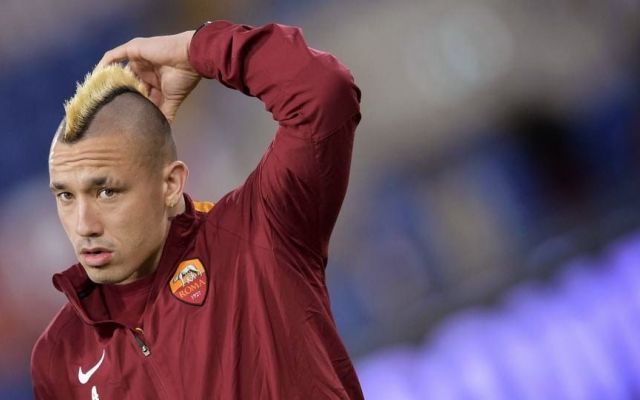 Roma midfielder Radja Nainggolan has been about as consistent a player as anyone in the league. Between Roma and Cagliari he has made over 200 appearances and scored 20 goals since his 2009-10 move from Piacenza. Naturally, future Chelsea manager Antonio Conte is familiar with the 28-year-old and has had an interest in bringing him to Stamford Bridge. But he’s hit a snag in that plan as Nainggolan appears to have a different English club in mind.

According to Sun Sport via Gazzetta dello Sport, Nainggolan has turned down a transfer offer from Chelsea and would rather stay at Serie A. However, Nainggolan is reportedly willing to listen to a potential offer from Manchester United. Per the source, Chelsea had offered Roma £27 million for the Belgian midfielder, but the Serie A giants wanted around £35 million.

Following the 2015-16 season in which he set a new career-high in goals scored, Nainggolan made it clear that he planned to stay with Roma.

“I will stay, I’m not moving from here. I’m happy in Rome, I don’t want to leave,” he said earlier this month [per Sun Sport].