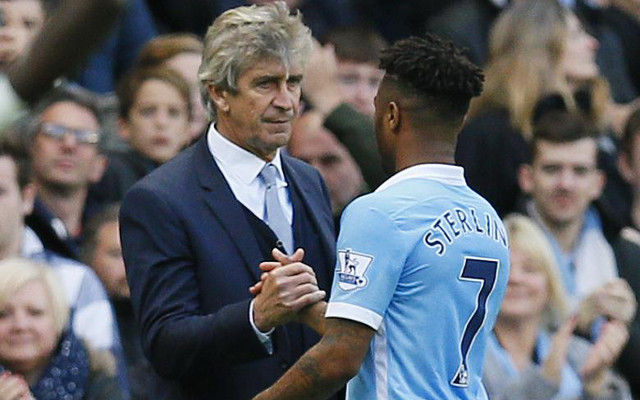 Despite leading Man City to a League Cup title, Champions League semi-finals and a return to the Champions League for the 2016-17 season, Manuel Pellegrini still has some significant critics for his managing job during this past season. Midfielder Raheem Sterling, who Man City paid a mint for to acquire from Liverpool last summer, took a somewhat subtle dig at his now-former boss.

According to Sun Sport, Sterling hinted that Pellegrini stunted his growth at Man City and implied that learning under England manager Roy Hodgson was better for him.

“I haven’t scored as many or assisted in as many goals as I want, but I’m definitely improving mentally,” Sterling said.

“That’s the most important thing for me — my mentality to not really listen to outsiders and just concentrate on being myself.

“It’s good with England. Every training session, if I don’t go forward the manager has a dig at me. That’s something I enjoy.

“My first year with City was a massive learning curve and I’ll take that into next season. I don’t have a point to prove.

“Working with Roy over the last few years, he knows me, so hopefully I can show him I’ve got something to have a positive impact.”

Sterling joined Man City in a £49 million transfer move from Anfield and made 31 BPL appearances for the Citizens in the 2015-16 season. He scored six goals – three of which came in an October thrashing of AFC Bournemouth – and two assists.

However, injuries and poor form often resulted in a significant loss of playing time.

Pellegrini will be replaced by former Barcelona and Bayern Munich manager Pep Guardiola next season.