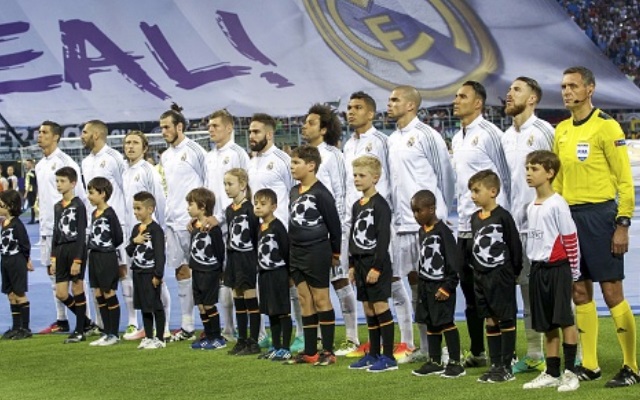 Manchester United‘s hopes of signing Karim Benzema from Real Madrid this summer have been dealt a blow after the striker confirmed he’s looking to stay at the Bernabeu.

Since Jose Mourinho’s arrival at Old Trafford, the bubbling rumours linking the French frontman to the north-west have stepped up a level, with the Portuguese coach understood to be keen on reuniting with his former Real charge in the Premier League.

However, Arsenal are understood to be long-term admirers of the attacker, and their ongoing Champions League participation could have realistically tempted the Frenchman—who will not be participating at the European Championships this summer—to North London.

However, speaking to the media—as reported by Goal—Benzema has insisted that he’s planning for a long stay in the Spanish capital.

“I am happy here and I hope to be here for many years,” the French forward began.

“I thank the people in Madrid for being there for me and my family. Thanks to everybody because they are part of my life and we are going to be used to winning titles,” he added.

“I am very proud of the team and I am glad because it is a very important title for everybody and I have to thank to the supporters,” he continued, “the club’s president, the coach, the players and today we are in Madrid’s history.”

The 28-year-old started the Champions League final on Saturday evening, as Sergio Ramos’s opener was cancelled out by Yannick Carrasco’s late equaliser.

Benzema was replaced as the tie went into extra time, before Juanfran’s missed penalty and Cristiano Ronaldo’s winning penalty secured a record eleventh title for the capital giants.