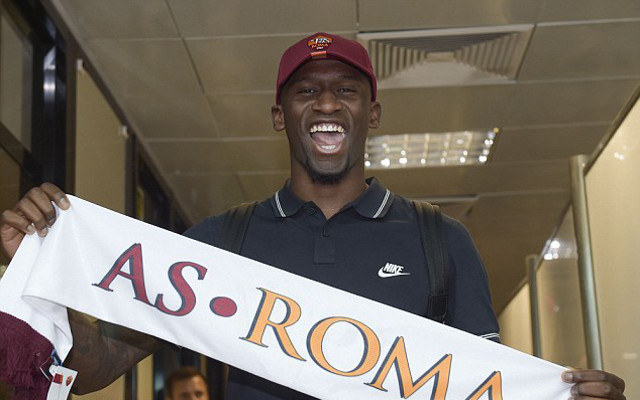 John Terry got a stay of execution when Chelsea chose to give him one more year on his contract rather than see their legendary defender leave the club bitter. But that hasn’t stopped the Stamford Bridge tenants from scouring Europe for Terry’s replacement. One target on the list was VfB Stuttgart centre-back Antonio Rudiger, but they’ll have to look elsewhere now.

According to the Metro, Rudiger has signed a deal with AS Roma in a £6.8 million transfer move. The 23-year-old centre-back played the entire 2015-16 season in a loan spell to the Italian giants and decided to make the move permanent. Chelsea had been linked with a move for Rudiger for over a month.

It was reported in April that Rudiger was seeking Champions League football with his new team – something he won’t get with Chelsea. Roma, on the other hand, secured their berth in the tournament with a third-place finish in Serie A last season.

Depth-wise Chelsea will be challenged at centre-back in the 2016-17 season. Terry is on the decline, as is Gary Cahill. Star centre-back Kurt Zouma is still recovering from a gruesome leg injury suffered in the middle of the season and has not been replaced so easily.

SEE MORE:
Willian fat-shamed after Chelsea star bloats up due to suspected US food binge
Chelsea transfer news: Blues could lose forgotten international star for just £15.2m, but he’s exactly what they need
Chelsea star captains his country but nobody cares because Spain away kit is SO UGLY