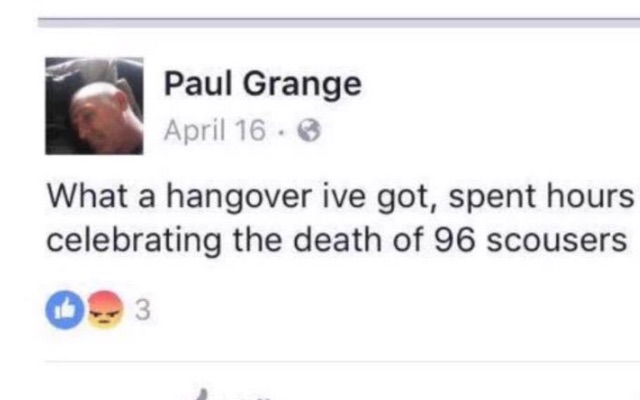 When you post things like this and wear a tee-shirt with a similar tone, you are clearly looking for a reaction. And Paul Grange got one!

After the troll was ejected from a pub in Worcester for wearing a shirt which seemed to celebrate the Hillsborough Disaster, Liverpool fans of Twitter launched a mission to spam his home with all sorts of sh*t.

Copious amounts of coleslaw and Lilt were sent to his house, as his address was sent around the net.

But that’s not all. Clowns, prostitutes, cheese, and lots and lots of diggers were also ordered on behalf of Mr Grange.

Someone even contacted the council to ask that his wheelie bins be removed!

This went down over night, between the hours of midnight and 3am.

However, the many people who missed it because they were sleeping have decided that they want to get involved this morning.

So, it continues, with the hashtag #GiftsForGrange going viral.

Paul Grange’s wheelie bins due to be collected as they’re no longer needed pic.twitter.com/wuTotvsa9t

What do a clown a crane a horse lilt takeaways stripper and a digger have in common. They’re all going to Paul granges house #giftsforgrange

#GiftsForGrange Mr Paul Grange, who thought he was clever wearing THAT T-shirt. #Samaritans freephone number is 116123

Paul Grange seems like a lad who needs guidance in his life, so guess who’s getting a visit from Jehovah’s Witnesses? #GiftsForGrange

Genuinely the funniest night on Twitter, Paul Grange has 8 JCB’s, 25 cement mixers and a crane on their way to his house #GiftsForGrange

SEE ALSO: Liverpool wideman reckons he knows what England’s weakness is with Euro 2016 only 11 days away 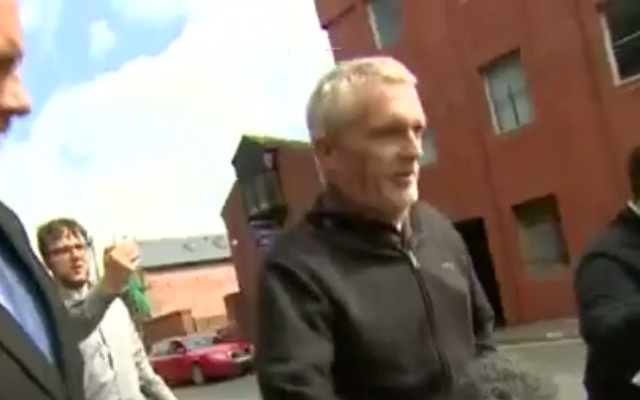 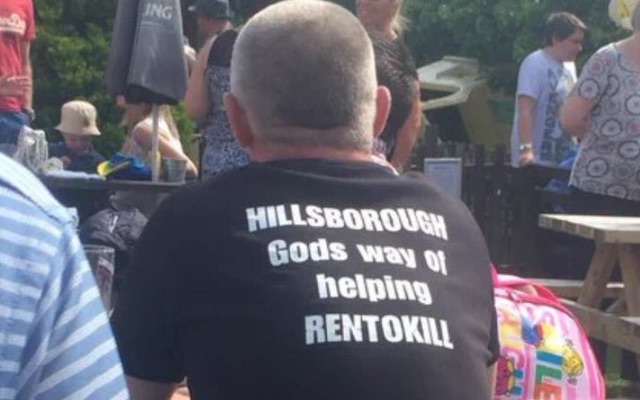