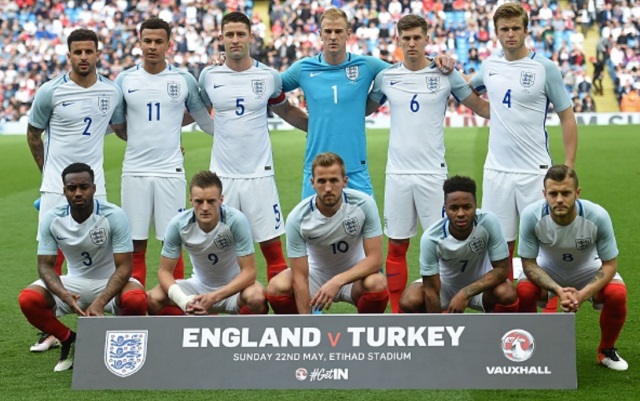 The European Championships may be less than two weeks away, but Liverpool‘s Nathaniel Clyne believes that England still have much to improve.

The Three Lions have conceded two goals in their last two matches—2-1 victories over both Turkey and Australia—and while there have been reasons for encouragement for Roy Hodgson’s side, they have been guilty of letting in soft goals.

It’s an area that must be improved if England are to be considered as genuine contenders this summer, with the continent’s giants unlikely to be as unforgiving as their two friendly opponents have been.

Certainly—speaking to journalists ahead of the national side’s final warm-up match against Portugal—Clyne has insisted that watching video replays of the team’s performances have exposed how much improvement is required defensively.

“We analyse the games and we see what we can do better,” the right-back began, speaking to the Mirror. “We can definitely do better defensively.

“It shows us our weaknesses. We’re just about learning from them.”

Clyne also faces a nervous wait to see whether he will be named in Hodgson’s final squad of 23.

The England manager named two natural right-backs in his provisional XI—with Clyne joined by Tottenham Hotspur’s Kyle Walker—but it remains to be seen whether the veteran manager will take both men to the Euros.

Should one miss out, England will still be well covered on the right, with the likes of Eric Dier, Chris Smalling and even James Milner all capable of filling in in this position should Hodgson decide to just take one of the duo.