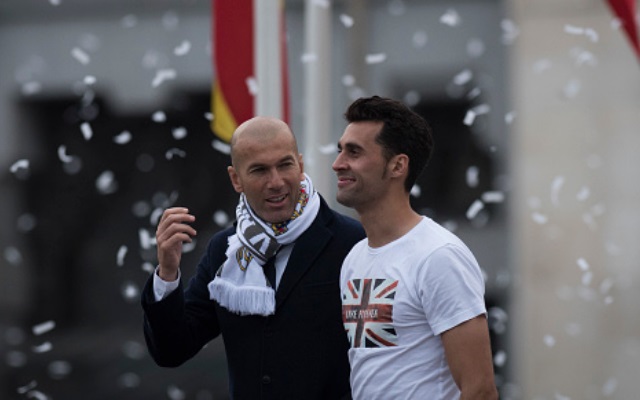 Real Madrid defender Alvaro Arbeloa bade farewell to the Merengues fans on Sunday, and opted for a strange choice of shirt for the occasions.

Sunday’s celebration at the Bernabeu doubled up as a farewell for Arbeloa, who will be leaving the club after coming to the end of his contract.

The former Liverpool defender took a moment to say goodbye to the fans he’s served since 2009, having previously come through the club’s ranks and breaking into the first team between 2001 and 2006.

Bizarrely, as can be seen in the clip above, Arbeloa chose to wear the shirt of teammate Denis Cheryshev—currently on loan at Valencia—for the ceremony.

As noted by ESPN, Arbeloa previously stuck up for Cheryshev when the Russia international’s cameo appearance in the Copa del Rey controversially cost the Merengues their place in the tournament.