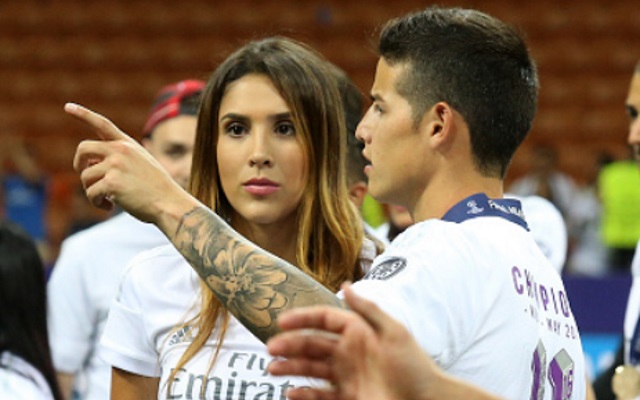 Real Madrid playmaker James Rodriguez has confirmed he has no desire to leave the Bernabeu, despite reportedly entertaining a plethora of suitors.

According to reports, both Manchester United and Manchester City are keen on the exquisite playmaker, who has struggled to establish himself in the Merengues first team this season under either Rafael Benitez or Zinedine Zidane.

The 24-year-old Colombia international has managed just 26 appearances—of which only 17 have been starts—scoring seven goals and contributing eight assists.

He began on the bench as Real beat Atletico Madrid to clinch their eleventh Champions League crown on Saturday evening, and was overlooked completely as Zidane sought to find a winner.

However, despite his less-than-convincing campaign, the forward has insisted that he is keen to remain at the Spanish capital and fight for his place, rather than seeking an opportunity elsewhere.

“It has been a strange season. But you learn from it when bad things happen,” James told reporters, as per Goal.

“You never know what will happen in football, but my intention is to stay at Madrid,” he added.

James moved to Real after a season with AS Monaco, having previously represented the likes of FC Porto, Banfield and Envigado.

He shone for Colombia at the 2014 World Cup, and will represent Los Cafeteros at this summer’s Copa America.