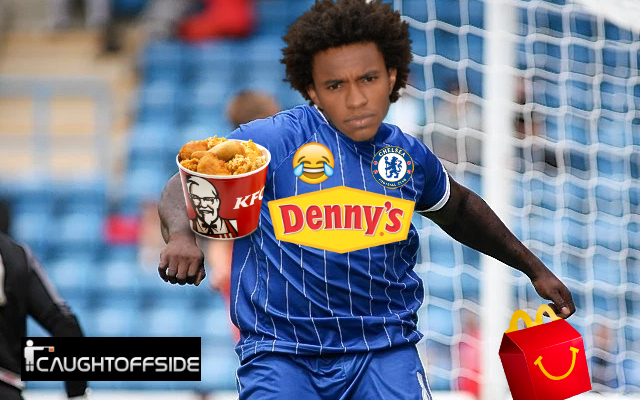 As anyone who has holidayed over there will know all too well, visiting America can make you very fat.

I mean, they have a breakfast cereal with marshmallows in it!

The latest victim of RUWS – Rapid US Weight-gain Syndrome – appears to be Chelsea winger Willian.

Willian got so fat!!! pic.twitter.com/Fslk4FT9Pe

Willian is currently in the States with the Brazil national team.

He helped Brazil to a 2-0 win over Panama in Denver yesterday, but seemingly not before he went off the rails at a few all-you-can-eat meat houses and takeaway joints.

Despite RUWS being a very common disease, sympathy was in short supply when the Twitter trolls caught site of the above video. 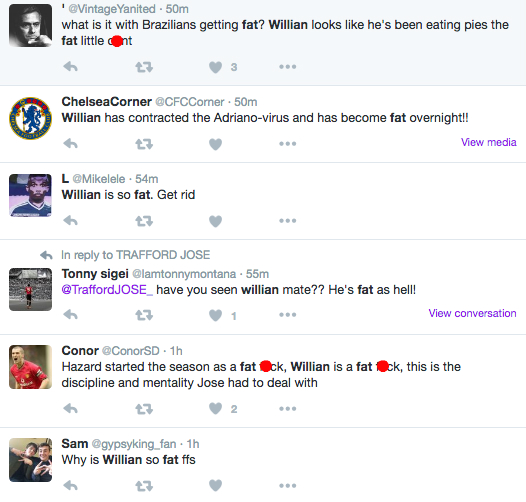 In all seriousness, is Willian fat?