Real Madrid right-back Dani Carvajal has admitted his fury after being told that he wouldn’t be fit to participate in this summer’s European Championships.

The defender started Los Merengues’ Champions League final against rivals Atletico Madrid, but was replaced during the contest in some discomfort.

While Zinedine Zidane’s side went onto win the match on penalties—securing their record eleventh continental crown—it was a bittersweet occasion for Carvajal, who ended up with a winner’s medal, but was diagnosed with a grade two tear of his hip flexor muscles [as per Sky Sports].

Despite making Vicente del Bosque’s provisional squad for Euro 2016, Carvajal will now miss the event, and has confirmed his heartbreak in an interview on El Partido de las 12 on COPE.

“In the latest announcement, I was out,” Carvajal began. “I worked hard to make the provisional squad, and now look…

“I have been left with a lot of rage, after trying for two years to get into that group,” he added.

Carvajal proceeded to admit that he felt some discomfort ahead of the final, and felt the pain again 15 minutes into the showpiece.

While he attempted to play on, he told the club’s medical staff at the pause that he was still feeling his hip, and was duly replaced by Danilo. 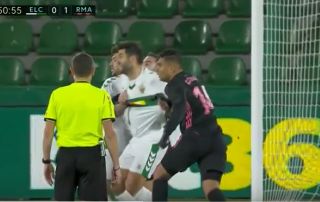